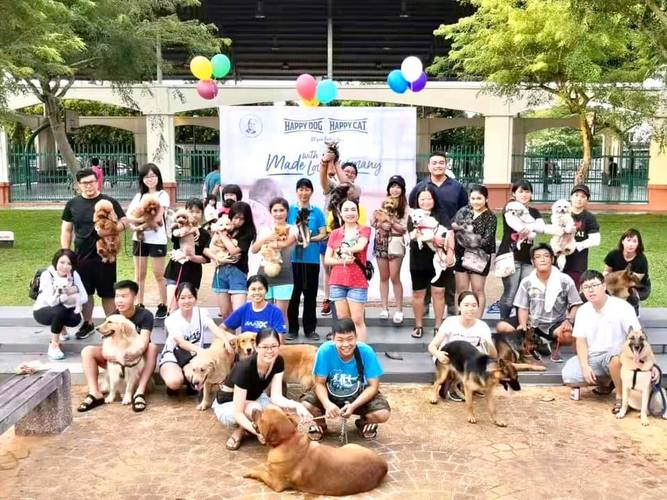 Thank you to all the supporters for this campaign so far!
Our amazing fundraisers from AIESEC in Kuching have been working to help us spread the word out about our campaign to support our dearest stray animals.

We would like to tell everyone that with your donations we are able to pay for pets' food and spay the animals. Since we are in urgent help to cover the costs of their vaccines as well we will raise our target to RM4000 for the next 9 days! If you still can support our animals we would really appreciate it!

There is a large number of strays in Sibu recently. 900 stray animals were rescued by shelters in Sibu in 2019. The dog catching unit of Sibu Municipal Council had caught 83 dogs in January and 96 dogs in February this year. There is also a lack of animal welfare in Sibu. Some stray animals showed signs of being abused, such as legs being glued together and sellotape on the fur, before being rescued by animal shelters in Sibu. Besides that, some pet owners neglect their responsibilities on their pets with evidence that point to some irresponsible pet owners leaving their pets outside when they do not want to take care of them anymore, turning them into strays. A large number of strays combined with poor animal welfare causes them to be possible carriers of dangerous diseases, such as rabies. On 26 March, a five-year-old girl, Abbiera Mia Alexson died due to rabies infection, as she was bitten by a stray dog at Jalan Sentosa in Sibu in early March. This case has led to the capture of 18 dogs at the place of the incident.

The project consists of several components which would benefit the organization and the virtual volunteers:

Which aims to raise funds to support the organization for their continuous efforts to reduce the number of stray animals and finding them a loving home.

The community of Sibu would be able to adopt online and pick up the adopted directly from the organization which aims to increase the number of adoptions of stray animals.

The live stream talks would be hosted on Facebook Live, and the contents of the talks would be released as an e-book for free online to increase the awareness of animal welfare among the local community and cultivate a more responsible and knowledgeable society of pet owners.

At the end of the campaign, we hope that the fundings for the organization would be provided to keep the efforts ongoing. Also, it is hoped that the community is:

Contribute for the future of the stray animals in Sibu!

About the Organization/Project behind this Campaign

Sibu Animal Rescue Society is a non-governmental organization which is dedicated to animal rescue missions and adoptions. We take unwanted, abandoned, injured, abused, or stray cats/dogs from the street and find a suitable permanent home/family for them. Our organization is run by volunteers who are willing to sacrifice their time and put in efforts to change the fate of these poor animals.

A Better Place for Strays

Guardian of the Strays

The World of Us and the Pets

This fundraiser has ended