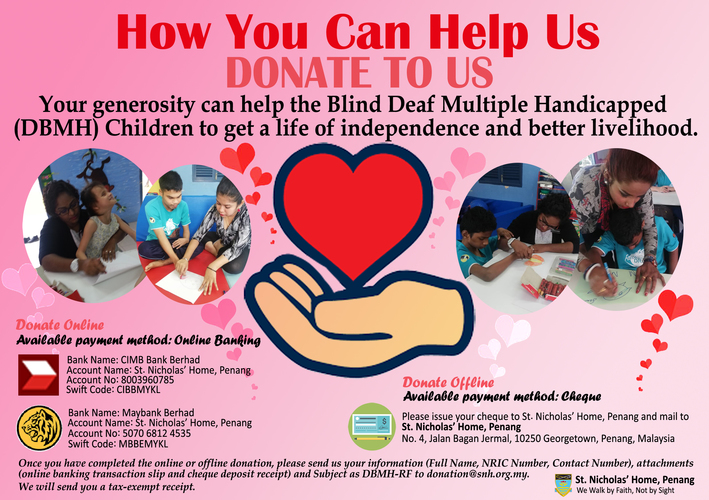 BRIEF HISTORY & ROLE OF ST. NICHOLAS’ HOME In 1926 the Medical Mission of the Anglican Church started St. Nicholas’ Home with seven or eight crippled and blind children in Klabang, Malacca.

In 1931 the Home moved with 16 children to Scotland Road, Penang because the Medical Mission in Malacca had too much to handle. In 1938 a generous gift of Lord Nuffield enabled the Board to buy six acres in Bagan Jermal Road and make necessary alterations to the building which has been the HOME since then.

The Management decided to concentrate on education for the blind of all races and creed in Malaya and therefore started a kindergarten for 28 blind children in 1941. Thus St. Nicholas’ became the first institution in Malaysia to have started education and rehabilitation for the blind.

Then in 1952 three more classrooms were built. In 1954 a 10 year plan to build more accommodation and facilities were launched. However, this was completed within three years due to a generous grant from the Social Welfare Lotteries Board of Malaya.

In 1959 the enrolment reached 74 children and a complete Primary School for the blind was in session. In 1960 blind students were integrated into sighted secondary schools. As a result, many Ex-nicolites went through Universities and became professionals even.

The Ministry of Education began to recognize the school and provided financial assistance gradually on a more regular and generous basis.

Meanwhile, the Home started many other programmes to meet the needs of the blind of all ages, races, creeds and walks of life in Malaysia.

On 30th April 1997 the primary school which was then fully sponsored by the Ministry of Education moved to the new premises at Alma, Bukit Mertajam.

Currently, St. Nicholas’ Home is a multi-service institution serving the visually impaired throughout Malaysia. It is a voluntary non-profit and non-governmental organization whose work is supported by donations and voluntary manpower of members of the public. Our main aim is to integrate the visually impaired into the Malaysian community.

Campaigns by this NGO 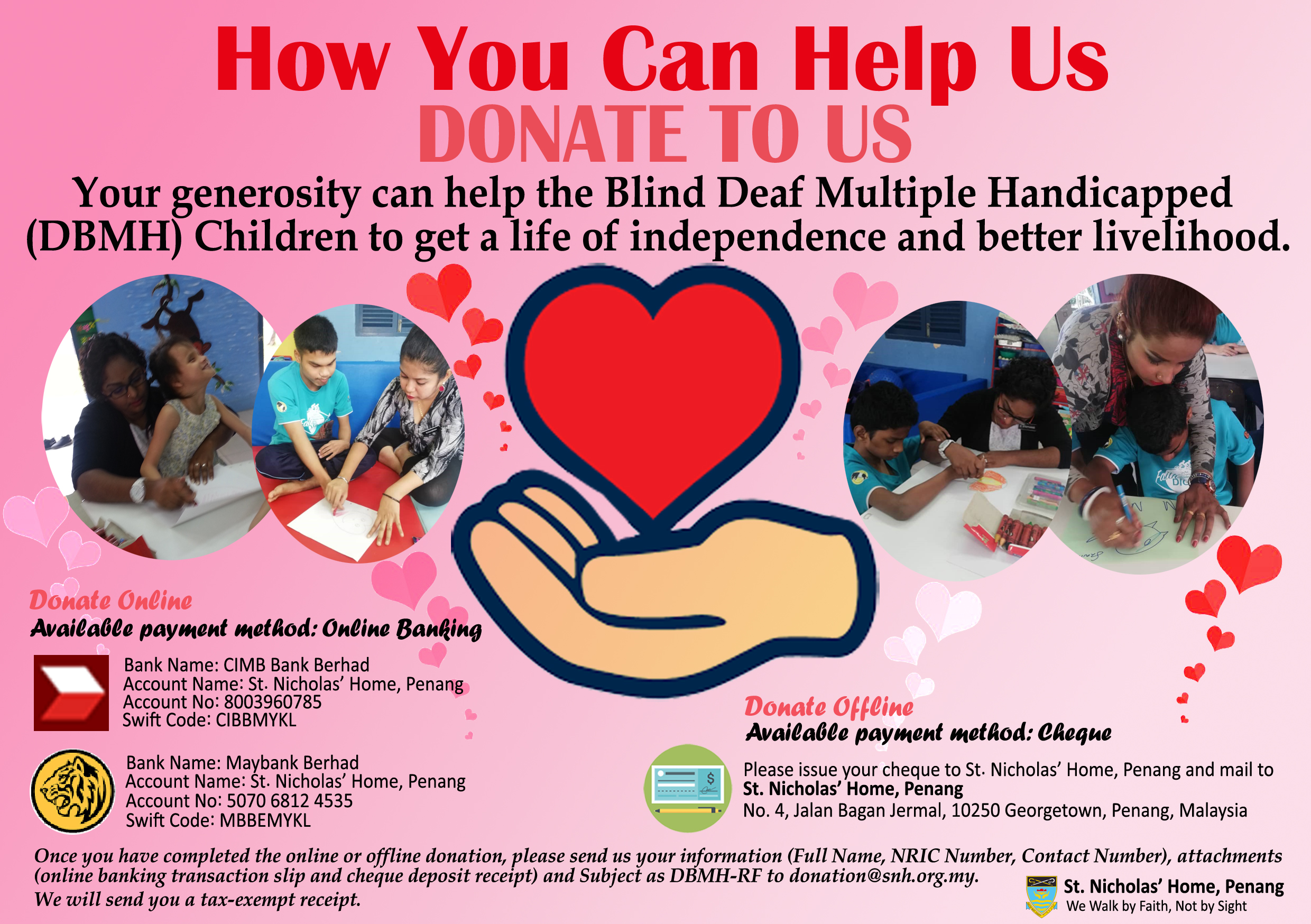