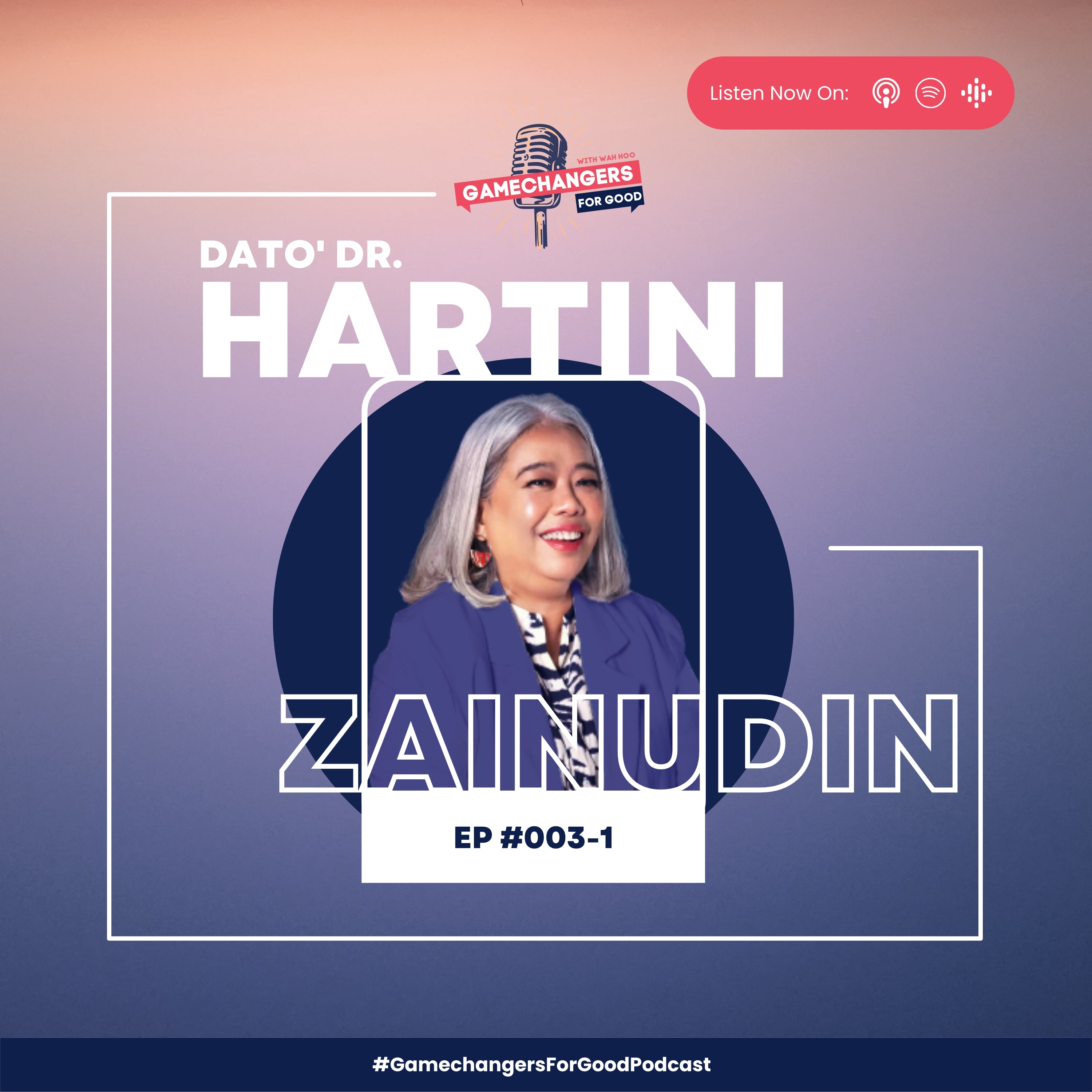 Dato’ Dr. Hartini (@tinizainudin9) is a prominent activist who has dedicated nearly three decades to the welfare of marginalized children, and set up the Yayasan Chow Kit child-crisis center. She is an activist who co-founded Yayasan Chow Kit formerly known as NurSalam, the first 24-hour/7-day one-stop child-crisis center in the country. The center is dedicated to providing marginalized and displaced children.

She has worked as a consultant and a member of several humanitarian and refugee-based organizations. Dato’ Dr. Hartini has also been involved in law and policy reforms, as well as training on children’s issues.  In 2021, she received the award that was widely known among all social changemakers called Tatler’s Influence Award. The award brings together the region’s most innovative changemakers, industry titans and powerful individuals who are shaping the region through positive impact. She is a strong woman who continues to fight in the face of injustice to create opportunities and space for those in need of shelter.

This episode is brought to you by GivingHub, a resource platform for NGOs, allowing you to fundraise for your NGOs online.

Scroll below for Show Notes

“We don’t have time to be jaded. We don’t have time. We can’t be jaded because you know what so many more people need us and if we give up then what’s going to happen? When I decided to do the work, it’s a promise to the people I want to help and myself. That this is what I want to do. We have choices to do other things, but I chose to do this, so I have to fulfill my responsibility. And the whole with privilege comes responsibility takes on a different meaning for me which is you have the privilege of being able to go into other people’s world, who are suffering, and they get to share the story and you’re sharing this story with the rest of the world, which is a privilege and that comes with responsibility, so I failed. I failed that person. I need to learn that lesson and try to do better.” – Dato’ Dr. Hartini Zainudin on soldiering on

Topics discussed in this podcast:

Resources mentioned in this episode:

Yayasan Chow Kit: A non-profit organization that caters to the needs of children and teenagers in and around Chow Kit. We currently run two drop-in centres within Chow Kit and one safe home for children who are in need of temporary guardianship.

The Blue Revolution by Nicholas Sullivan - Nicholas P. Sullivan presents this new way of thinking about fish, food, and oceans by profiling the people and policies transforming an aging industry into one that is “post-industrial”—fueled by “sea-foodies” and locavores interested in sustainable, traceable, quality seafood. Catch quotas can work when local fishers feel they have a stake in the outcome; shellfish farming requires zero inputs and restores nearshore ecosystems; new markets are developing for kelp products, as well as unloved and “underutilized” fish species. Sullivan shows how the practices of thirty years ago that perpetuated an overfishing crisis are rapidly changing. In the book’s final chapters, Sullivan discusses the global challenges to preserving healthy oceans, including conservation mechanisms, the impact of climate change, and unregulated and criminal fishing in international waters.

Food Security, Farming, and Climate Change to 2050 by Gerald C. Nelson - As the global population grows and incomes in poor countries rise, so too will the demand for food, placing additional pressure on sustainable food production. Climate change adds a further challenge, as changes in temperature and precipitation threaten agricultural productivity and the capacity to feed the world's population. This study assesses how serious the danger to food security might be and suggests some steps policymakers can take to remedy the situation.Using various modeling techniques, the authors project 15 different future scenarios for food security through 2050. Each scenario involves an alternative combination of potential population and income growth and climate change. The authors also examine the specific test case of a hypothetical extended drought in South Asia, to demonstrate the possible effects of increased climate variability on a particular world region. They conclude that the negative

From tracking down the beginnings of the self-help movement, to dressing down the fashion world’s most powerful publication, to capturing a glimpse of a legendary movie in the making, these timeless pieces tap into our enduring obsessions with celebrity, food, romance, clothes, entertainment and sex. Whether casting her ingenious eye on public figures or herself, Ephron deftly weaves her journalistic skill with the intimate style of an essayist and the incomparable talent of a great storyteller.