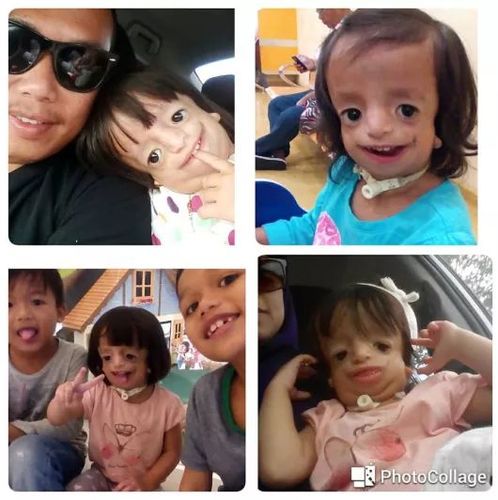 I'm only 5 years old and I cannot breathe well!

Hello, I am Amra and I was born with a rare congenital disease named Treacher Collins Syndrome (TCS).

Before I was born nobody knew that I had this condition and so I had to be monitored on the neonatal intensive care unit for 2 months. My day two in the world, I had a tracheostomy surgery and ever since I've been living with a tube in my trachea. I mean, it is not so comfortable, but it helps me breath better.

My mummy has been my hero! She had to stop working to take care of me and my two brothers with 9 and 11 years old, fortunately, healthy!

My daddy works a lot to get financial help for my treatments and for special food for me. But it is not always possible because he works in a construction company, and sometimes there are no projects going on. I'm always on a special diet and I must eat and drink what the hospital recommended, but sometimes there is no money to buy, for instance, my special formula milk.

I have been going to the University Malaya Medical Centre (UMMC), under ENT (Ears, Nose, and Throat) doctors, a lot of times, because I still cannot talk and hear right, due to the incomplete formation of my both ears.

But you know what? I have my own communicating language and my family can understand me, sometimes it is fun! I feel very lucky to have my family by my side as I'm growing the same way as any other kid, but the concerns about my future are always on top of everything.

TCS is a rare genetic disorder characterized by a mutation on a specific gene that helps on the production of some proteins with an important role in the early development of bones and other tissues of the face. So, it is characterized by distinctive craniofacial abnormalities that tend to involve underdevelopment of the cheekbones, jaws, palate and mouth called cleft palate, which leads to eating and speech difficulties. In severe cases, underdevelopment of the facial bones may restrict an affected infant's airway, causing potentially life-threatening respiratory problems.

In addition, affected individuals may also have malformations of the eyes (ocular) including a downward slant of the opening between the upper and lower eyelids (palpebral fissures), and anomalies of external and middle ear structures, which may result in hearing loss. Brain and behavioral anomalies such as microcephaly and psychomotor delay have also been occasionally reported as part of the condition.

To make Amra future happier, she must undergo surgery to close the palate cleft that she has and to reconstruct the jaw allowing her to breathe normally without the tracheal tube. As she will be able to breathe normally, she will have a chance to say the word "Mummy" and "Daddy", which is the dream of her parents to hear it!

"She is currently under the management of Combined Oro-Craniomaxillofacial Clinic, UMMC. She is advised to undergo mandibular advancement via distraction osteogenesis under general anesthesia to advance her mandible and correcting her airway problem and subsequent decannulation of her tracheostomy" wrote Assoc. Prof. Dr. Firdaus Hariri.

Without the operation, she will have the tracheal tube forever. 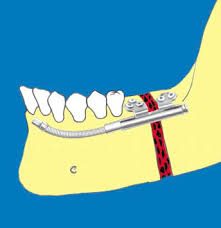 TCS affects males and females in equal numbers. The prevalence is estimated to be between 1 in 10,000-50,000 individuals in the general population.

There are a lot of od children in the world struggling to have a better life and to feel like any other kid. Amra is a fighter and despite her differences, we must not judge a book by its cover, because these kids may be different on the outside, but they are smart, loving and talented.

With this operation Amra and her family can hope for a happier life for her and she can smile, talk a lot, sing, swim, play sports, eat and feel confident about herself. But especially for them to be rested, without all the concerns about her health risks.

So why can't she have the chance?

About the Organization/Project behind this Campaign

Ronald McDonald House Charities (RMHC) Malaysia was established in February 1990 as a non-profit organization with the mission to create, find and support programs that directly improve the health and well-being of under-privileged children in Malaysia. In the last 29 years, RMHC Malaysia has positively impacted more than 20,000 children’s lives in the areas of Health, Education and Welfare with funding in excess of RM 16 million.

RMHC Malaysia operates four main programs in supporting their core pillars of Health, Education and Welfare. These programs are Ronald McDonald House, Ronald McDonald Sensory Room, Gift of Smile and the Back to School packs.

RMHC Malaysia funds these programs through the generosity of individual donors through our coin-boxes located at McDonald’s Restaurants and also from corporate sponsorship/donations.

1. Ronald McDonald House – RMHC builds accommodation in hospital to help keeping families with critically ill children together and near the care and resources they need.

Many families travel far from home and spend several weeks or months to get treatment for their seriously ill or injured children – a long time to be away or to divide a family. And, for children facing a serious medical crisis, nothing seems scarier than not having mom and dad close by for love and support. When your child is sick, you want the best care possible – even if it is hundreds or thousands of miles away. The Ronald McDonald House allows families to access specialized medical treatment by providing a place to call home so they can stay close by their hospitalized child at little to no cost. We believe families are stronger when they are together, which helps in the healing process.

RMHC provides multi-sensory facilities to more than 30 special schools and care centers nationwide for children with developmental disabilities, especially those who have sensory processing issues, including autism and other disabilities. Multi-sensory intervention is helpful in decreasing disrupting behaviors in individuals with autism.

3. Gift of Smile – RMHC provides financial support to children born with cleft lip and palate to get access to corrective surgeries needed.

Cleft lip can be caused by an improper formation of the lips or mouth of a baby when still in the mother's womb during pregnancy. A baby may be born with a cleft lip, a cleft palate, or both. These can be repaired using surgical methods to improve the child’s ability to eat, speak and hear normally and to achieve a normal facial appearance.

4. Back to School Packs – Annually, RMHC helps children from poor families with school necessities for their new schooling year.

The Back to School Pack program has proven to relieve parents from the financial commitment required to purchase school necessities, improve school attendance among poor students, boost their confidence, and allow them to reach their full potential on various activities.

Other Campaigns by this NGO 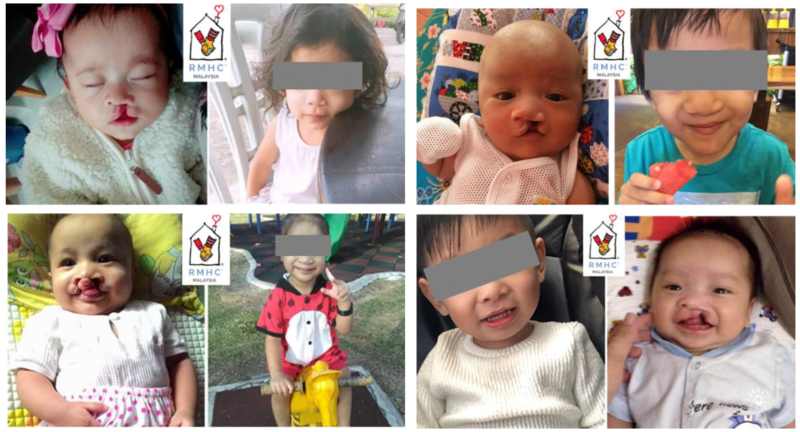 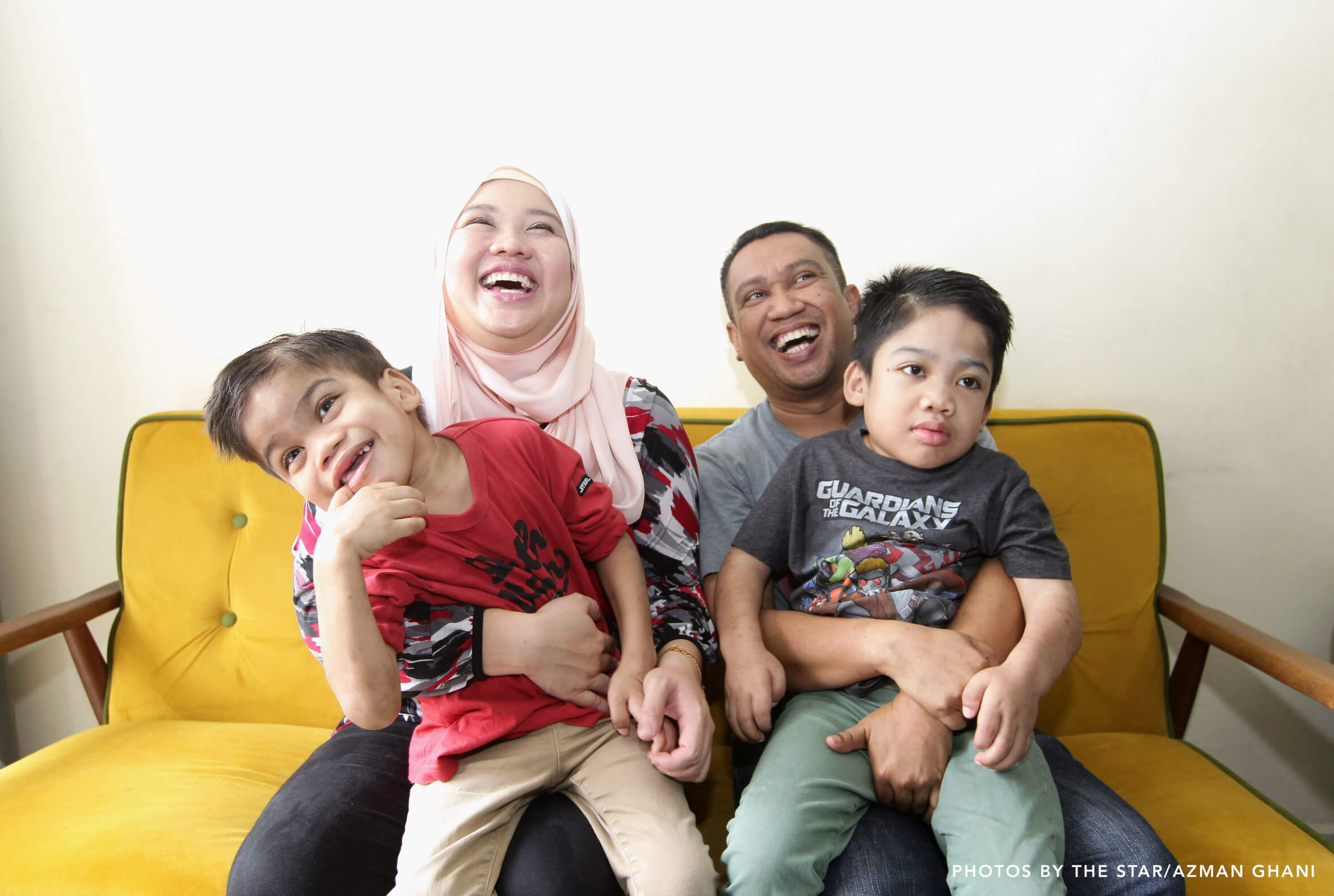 Enough Medication so Both My Sons Can Live Longer, and I Don't Have to Choose Which One Gets the Medication!